The base of the Tulip Trillium is the Multidisc XL Vario. It combines the benefits of a discer with that of a subsoiler. In other words, the seedbed can be prepared while getting rid of the compaction in the same pass. The machine has been tested and developed in Ontario on mostly corn and bean grounds. Therefore, we called it the Trillium.

The length of the machine creates space for the residue to travel through, and creates space for fertilizer or seed tanks to be added on as well. The machine is only available as a pull-type or semimounted version in widths between 3mtr (10’) to 6mtr (20’). 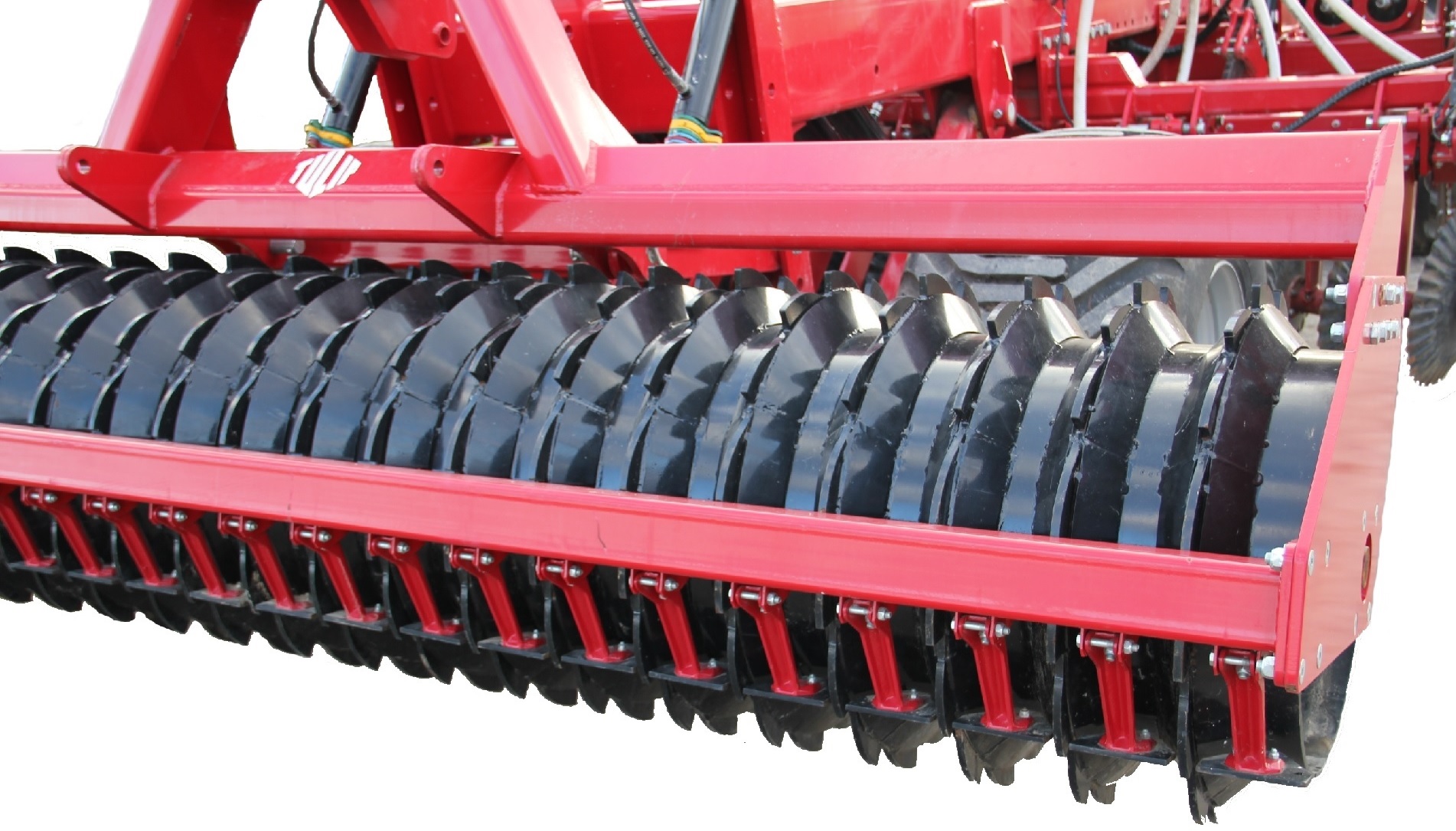 Unlike chisel plows, the shanks on the Trillium don’t stir the ground but rather lift and fracture it. The other benefit, when compared to chisel plows, is that the shanks don’t lift upwards when they hit a hardpan. Shanks can be set to a maximum of 25cm (10”) below the discs, resulting in a maximum overall depth of approximately 35cm (14”). Unique is that the breakout force on the shanks can be easily adjusted for working on various depths, speeds and soils by the turn of a knob. Power requirements fluctuate: On the deepest shank setting at 5mph, it could vary between 15-30hp per foot width dependent on soil conditions. 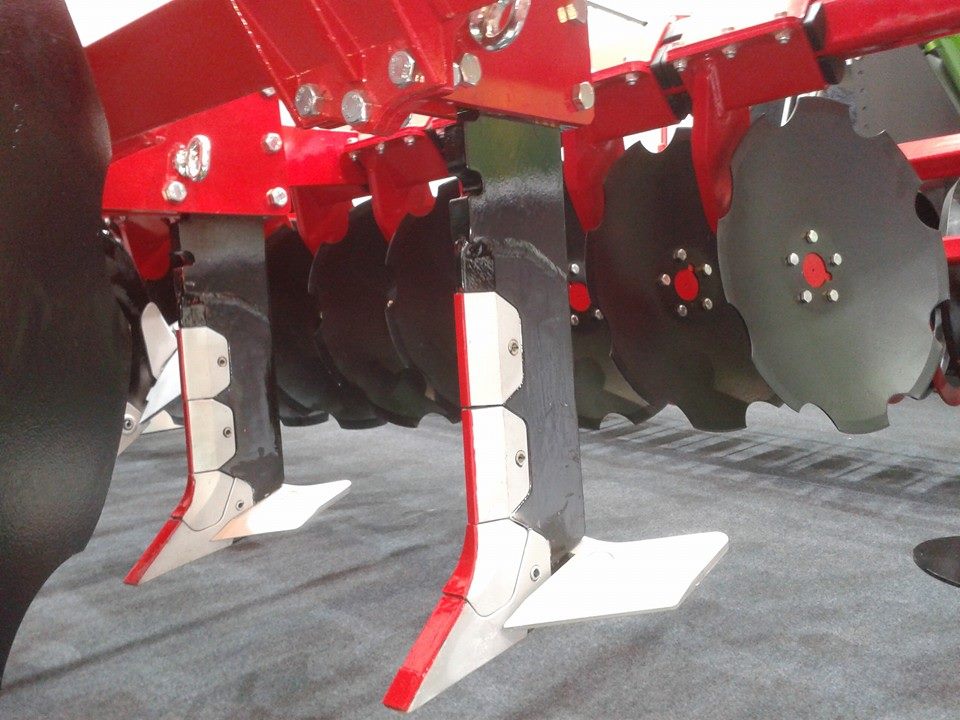 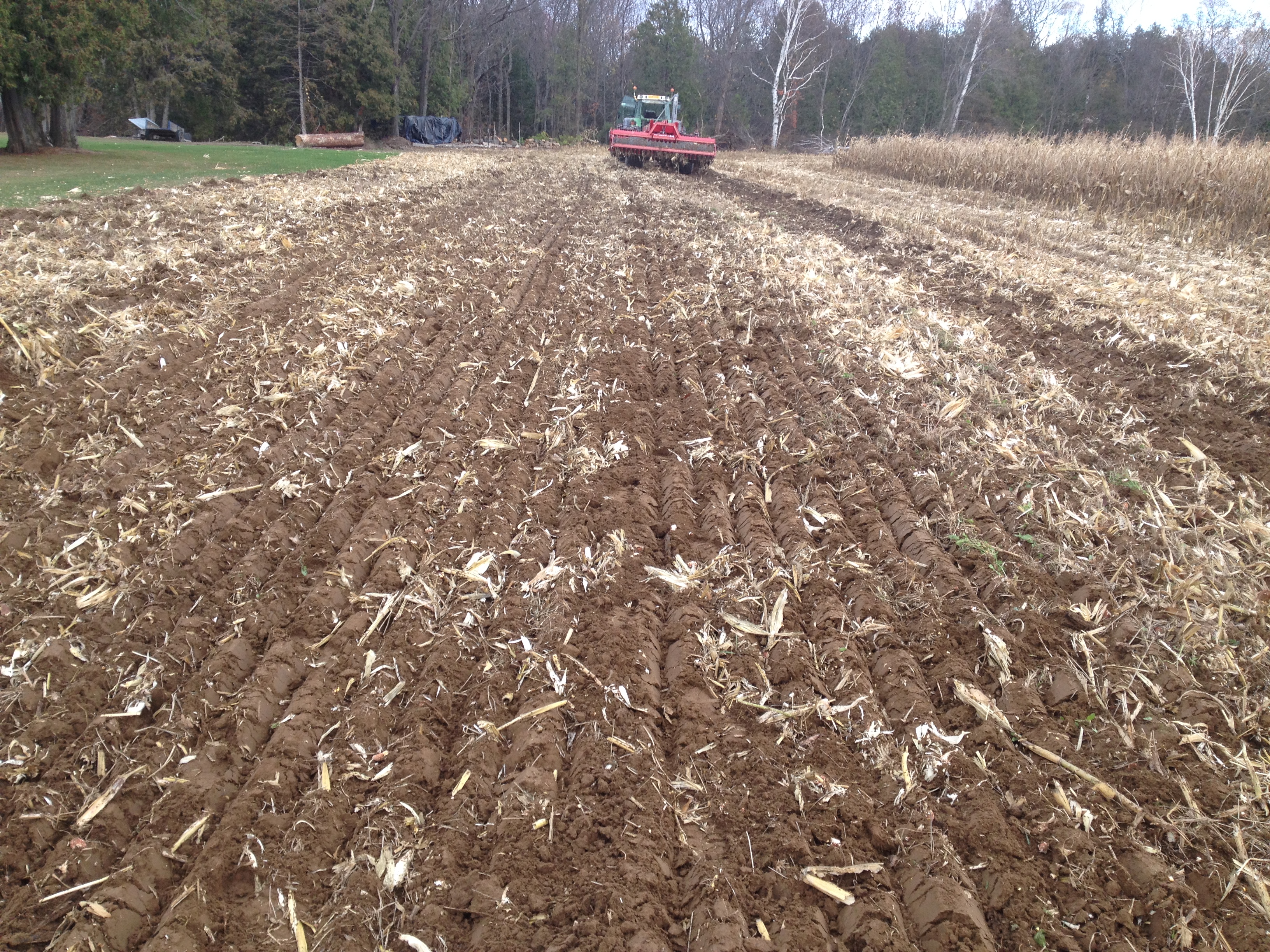